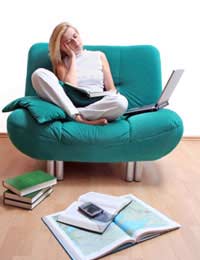 Singular and plurals is an important facet of grammar when a person learns a new language. If you are an English speaker, the vast majority of nouns are turned into a plural by simply adding an s. There are exceptions to this rule, such as one man, two men, and one fish, two fish, but for the most part, plural nouns become words like one table, two tables and one chair, two chairs.

However, when an English speaker takes up a new language, there are surprises in store and one of them is that it is not always as easy as adding an s to a word to denote the fact that there are more than one.

One peculiar aspect of English is that it has very little word agreement, especially with regards to singular and plurals. But when you take up a foreign language, you will find that this is not the case. Other languages, French for example, change their pronouns to make them agree with the singular and plural aspects of the noun.

So unlike English, pronouns too are affected by the singular and plural elements of language. To give an example, a noun in French will take either ‘le’ or ‘la’ depending on whether it is masculine or feminine. But when it is made into a plural, the word becomes ‘les’ regardless of gender. This is often the case in other languages as well, especially the Romance languages which prevail in European countries.

Most English words take n s to make them into a plural. But do not fall into the trap of doing the same in other new languages as this may just confuse matters. Sometimes a singular is turned into a plural by adding an s but other times it can be a different set of endings. Unfortunately, the only way to master which word takes which ending is to learn them. Happily, the agreement outlined in the previous section does mean that there is a chance you will be understood if you get the word ending wrong but the agreement right. Of course, this can also cause confusion if a singular ending and plural pronouns are used but at least you will be asked to clarify.

Singular and plurals are yet another strange anomaly of language and another odd way in which it works. But it is also another facet of grammar that must be learnt in order to master the whole language. Like many things, the initial learning may seem hard but after a while it will start to come naturally and be a natural part of speech and writing. And thankfully, singulars and plurals do not have massive variation in any one language.