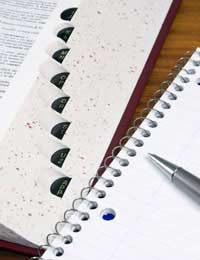 Redundancy in language is a fairly complicated concept, which may sound like a negative facet of language. But although sometimes it can be it does not necessarily follow that all aspects of redundancy are bad – in fact some aspects, used in the right way, actually improve the language you are using. All languages use redundancy in differing ways and to differing ends.

Redundancy basically means the parts of language that could be done away with while allowing the meaning of the language to remain the same. This works because the human brain is a very capable machine and only keeps the bits of language that it is necessary to retain in order to comprehend the meaning of the language. A famous example of this is the knowledge that a paragraph written without vowels can largely be understood if the reader looks at it- because it is the consonants that add meaning to the words while the vowels add ease of pronunciation.

As well, the human brain can cope with simple mistakes in text – we may not even notice them as the brain expects what is coming and corrects it as it goes along, much like an automatic spellcheck on a computer. Thus, by utilising redundancy, we are helping the brain’s natural ability to overcome the meaningless and take on the words with meaning. This is done by emphasising those words/phrases/sounds we need so those are the ones that sink into our brain.

Tautology is perhaps the most familiar of redundancy techniques. Quite simply, tautology means to say something at least twice, making one part of the phrase at least, superfluous. But in many cases, tautology is employed for extra effect and added impact. One way in which tautology is used is by citing numerous examples of something. So if someone was trying to describe how annoying a person was, they may say they were more annoying than a wasp stuck in a window, more annoying than locking your car keys in the car and more annoying than their computer crashing mid way through an assignment. Although all three examples convey the same feeling, one would have been suffice. But by using tautology, the speaker’s meaning is intensified.

The same also applies for phrases with just a couple of words in. The phrase 'free gift' is perhaps the most overused of these – the fact the item is a gift is enough; gifts do not cost the recipient. But by saying free as well, the organisation giving out the free gift can highlight their benevolence. The same is true of a complimentary prize – no one would expect to have to pay for a prize. Sometimes tautology, or redundancy in phrases, is used for no effect and then the result is just wordiness in the language, which is not needed.

Pleonasms are a more general form of redundancy than tautology but used for similar reasons. However pleonasms are also found when the grammar of a sentence makes certain words unnecessary. This does occur in English – and the colloquial phrasing of ‘off of’ as in, ‘the singer off of that TV programme is now is in a West End show’ is a good example, as both words are not needed. It would be suffice to say ‘off’ or, a better word would be ‘from’. But pleonasms of this sort also occur in languages where the verb ending made the subject pronoun redundant. In Spanish, the word ‘yo’ is not often used, meaning ‘I’. But if it were, the sentences would be the same. Yo is not needed because the verb ending will tell you who is doing the action.

This article can only scratch the surface of redundancy in language as it is a wide field with many different subsets. But for all of these subsets, the basic themes are the same, that with redundancy embedded in a language, the listener or reader will gain a greater understanding of what they are being told. Redundancy both adds emphasis and impact, but also aids the brain’s natural function. Without a certain degree of redundancy in our language we would be in danger of losing the meaning, particularly if we were not giving the language our full attention.