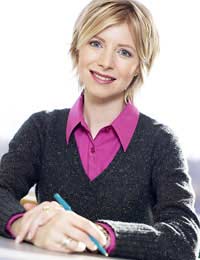 Word agreement is one of the many reasons that learning a new language is nowhere near as simple as translating all of the words you need than outing them on paper. Because of word agreement, some words in some languages change depending in what word they are paired with or next to in a sentence. We know already that pronouns change depending on singular and plural, the gender of the noun and the verb ending.

This article will concentrate on the way word endings change primarily in Romance languages but it is worth remembering that all languages have different word endings, some more than others. For example, in Turkish, the word endings become longer, the longer the sentences get. The more words you add to a sentence the more letters get appended onto the stem of the sentence.

Pronouns are the main words which get changed in Romance languages – French, Spanish, Italian etc. Pronouns have to change to match the noun which they precede – word agreement. Pronouns can become a masculine, feminine or neutral word depending on what the noun is. They can also take a plural ending. This means that many languages have many pronouns.

These little words can be quite hard to remember because there are so many of them. But they are vital to a sentence making complete sense. One could be deciphered without them but it makes more sense to get them right to avoid confusion. These little words can cause abject confusion to both the person using them and the person being spoken to. If the person using them does not know exactly what word should be used they will confuse themselves while the non-agreement of pronoun and noun will confuse the person listening who will not be able to tell exactly what they mean. IN many ways, these little words are much harder to master than nouns and verbs which can just bet translated straightaway.

Verb agreement is simply the most important agreement there is. To make a sentence make sense in many languages you need to make sure all of the verbs agree with their pronouns. They must be conjugated and given the correct ending in order for a sentence to read properly. This can be one of the most complex aspects of dealing with a foreign language but thankfully many of them make sense when learnt in a table. The hardest thing is to make sense of irregular verbs but these will usually come with time.

Word agreement is a basic tenet of language learning. It encompasses so many aspects of grammar and it is something which the language leaner must get their head around.

The stems of words are those which are learnt from a dictionary but to be truly proficient in the language the learner must know what to do with them and how to make the language work for them by changing the word endings to agree with the rest of the sentence. Thankfully, word endings begin to start coming naturally after a while speaking the language and agreement begins to come easily.