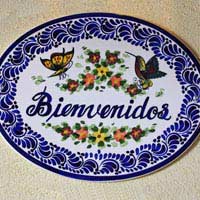 Spanish is a very widely spoken language and, in fact, there are 25 Spanish speaking countries around the world, not to mention the multitudes of other countries where huge chunks of the population speak Spanish. In fact, in the USA, Spanish is widely spoken as a first and second language and with the numbers of immigrants coming in from other Spanish speaking countries, it is estimated that Spanish may overtake English as the most widely spoken language there in the not too distant future. There are many different varieties of Spanish though, which are spoken in different areas of the world, and these are detailed below.

Mexico boasts the largest number of native Spanish speakers in the world – more than any other of the Spanish speaking countries, including Spain itself. Mexican Spanish is also slightly different form other forms of Spanish. Speakers of Spanish should be able to understand and make themselves understood in Spanish but it is worth noting that there are certain words and pronunciations that do differ.

Many other countries in Latin America are also Spanish speaking countries. These include Cuba and Argentina, among many others. People in most other Latin American countries speak Latin American Spanish, which varies again to Mexican Spanish, but is also quite similar. Again, speakers of normal Spanish will notice the differences but it is not usually enough to cause a problem. Even in countries where Spanish is not the official language, such as Belize and Brazil, Spanish is still spoken, either natively or as a second language, by massive numbers of the population.

The Philippines is technically not a Spanish speaking country, but it was until 1987. However, most of the population never spoke Spanish at all. The last recorded data put the current number of speakers as around 2,500. However, Spanish is still an important part of the Philippines’ history, as it was the official language for four hundred years.

Spanish is not as dominant in Africa as French and only Equatorial Guinea can be classed as Spanish speaking. However, Morocco, due to it's geographical closeness to Spain – just a few miles at the narrowest point of the Gibraltar strait, does have a lot of Spanish speakers, and there are two Spanish enclaves, Ceuta and Melilla, which speak Spanish. Spanish speakers in the whole of Morocco number about 20,000.

Spanish speaking countries are many and varied and it is estimated that as many as 400 million people speak the language as their first language. Up to 500 million speak it as their second. It is a popular language and one that is always useful to learn, for it, along with English and French, is understood in so many places across the world. It also makes Portuguese and Italian a lot easier to learn as all three come from the same Romance family of languages. Spanish is a language that will always come in useful no matter where in the world you are. But if you plan to travel to one of the areas with a lot of Spanish speaking countries, it will be more important than ever.