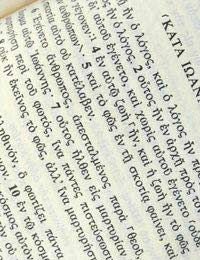 Learning how different letters are pronounced in other languages is not always easy so learning letter association can be a good way for beginners to remember how to say different words. Quite often, the trickiest letters to remember the pronunciation for are not the ones that are tremendously different to English but the ones, which are similar, but if pronounced wrong, will make a world of difference. Letter association can be different for different people – much like remembering anything, it is important to find the right association for your memory.

If you're learning a language with a completely different alphabet then you will need to use letter association to remember how each letter sounds. For example, if you are learning Greek or Russian, the alphabet will not look like the one you are used to. But simply write the letters down next to the associated letter in English, and try to memorise them. Then, each time you see the letter, you will associate with the relevant one in English and remember how to pronounce it. So, in Greek, the letter ‘alpha’ is associated with the English letter ‘a’ and is pronounced the same. The letter ‘theta’ is pronounced ‘th’. By learning these associations when you begin to learn Greek, you should soon know how the alphabet is pronounced without having to look up each letter every time.

As with everything in language learning, there are always exceptions to the rule. There are letters in many languages, which use the same alphabet as English but which do not correspond to a letter sound, making letter association impossible. In these cases, you simply have to learn the letters.

Luckily, there are not multitudes of them for each language and they generally have a very memorable pronunciation. In Spanish, the double L, ‘ll’ is pronounced much like the ‘ll’ in million. It is considered a separate sound. And accents can also vary the sound a letter makes, in languages such as Spanish or Turkish. But learn these sounds and associate them with combinations of letters in English and once again, you will know the alphabet well by them time you start on conversational language.

There are many schools of thought on the best way to learn how to pronounce words in a foreign language. Some people believe that combinations of letters should be taught, others that letter association is the way forward. Some people teach only whole words and how they are said, and do not bother to teach the alphabet – this is, after all, is the way children initially learn their mother tongue. But, in most schools, teachers will teach letter association so that when a pupil is confronted with a word they have ever seen or used before they can sound it out using the letters and hopefully pronounce it correctly.

It is best for people new to language learning to use a combination of all techniques and certainly, learning the alphabet and how it sounds through letter association should be one of these. Beware of false friends – letters, which look like one letters but sound like another – using letter associations, and make sure you can say the latter when it is in a word. Your teacher should help with the best method for you – and when you find one that works, it is best to stick to it.