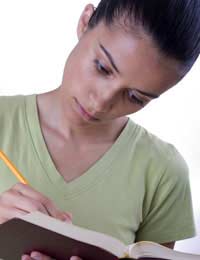 Transliteration is a useful tool for any student of a language that uses a different alphabet to the student’s native language. So English speakers who are learning Russian or Greek will find they need to use transliteration. Travellers to tourist orientated parts of these countries will see signs in the English alphabet, which have also undergone transliteration.

Transliteration helps a student to pronounce words that at first look impossible to pronounce because of the odd looking characters. It is not exactly the same as transcription, where the sounds of the words are written down using the English alphabet, although commonly the term transliteration is used to describe both systems.

The Difference Between Transliteration and Transcription

Transcription, as stated above, is the system used to denote words written in a Cyrillic, Greek or other alphabet into one that users of the Roman alphabet will understand. But transliteration, in its truest form, goes much deeper than that. Transliteration is a way for the uninitiated to be able to spell a word in another alphabet. So, where transcription may represent several letters, which all sound like P as one symbol, transliteration would give them all different symbols. This way, the student can the refer to which symbol represents which, and spell the word in its original form. Usually, the symbols used in transliteration do still sound similar to the way you would transcribe them. And often, transcription and transliteration are said to be the same thing as there is little difference in many of the end words that are produced.

For a new learner of a language, transliteration is vital. Without transliteration, new speakers would struggle to learn how words are to be pronounced. Even if their teacher taught them how to say all of the words they came across, they would be stuck when they read a new one because they would have no reference point for how the letters were supposed to sound.

Transliteration can also be used for other uses apart from teaching languages. If someone wants to type a letter in Russian or Greek on an English keyboard, they may use transliteration. This way they will not have to press a complicated sequence of keys to get the Cyrillic or Greek alphabet.

Transliteration is so useful to language learners that they would be lost without it. In fact, some people who are learning Mandarin Chinese for example, only ever learn Pinyin, which is the form of the language written in the Roman script. Although this is not the best way to be completely fluent, especially if you plan on ever reading or writing, it is a way of learning that will enable you to hold conversations and understand others without worrying about the complicated Mandarin script. And in countries like Greece, many road signs and other useful words are written in the transliterated text. This way, a tourist who does not speak Greek can at least say the word of the thing they are looking for, rather than having to point to it in a book.