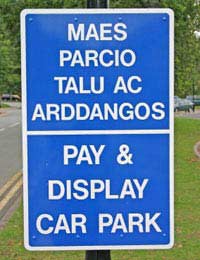 There are thousands of different languages in use across the world today - some estimate as many as 10,000. But in addition to these languages, there are many tens of thousands more which are dead or extinct - that is, have simply become forgotten as their native speakers die out.

Like species of animal, languages can, and do, become extinct. This means that at any one time there are many endangered languages - that is, languages which are still spoken and understood, but may not remain that way for much longer.

Through a lack of use and eradication of speakers of a language, an endangered language can rapidly become an extinct one.

The Extent of Endangered Languages

Experts estimate there are up to 500 endangered languages in the world today. They may be long forgotten national languages, supplanted in the hearts, minds and tongues of its people long ago.

They could be regional languages - more different to a national language than a dialect, but not spoken by enough people to be kept alive. Or they could be the language of a tribe, be it in Africa, or on an American Indian reservation, as numbers of the tribe dwindle, fewer people are left to carry on the language.

Even dead languages can, technically, still exist. If the language has been written down, then there is a record of it. However, if there is no one left who understands or speaks the language, then the written words are a code, an enigma, and a mystery to those with no knowledge of it. Sometimes a language may bear enough similarity to another to be deciphered. But at other times, there is no way of cracking the code.

But languages used by smaller numbers of people - which endangered languages often are - can also exist only in the spoken form. This too has its problems. A language that cannot be written down is harder to pass on to non-native speakers and harder to record for posterity. A lack of writing means it is less likely to be saved if the endangered language does die out.

Of course, as discussed above, a written record does not always lead to an endangered language being saved. However, if one person is left who speaks the language, they may be able to write it down and translate it for others, thus maybe saving it, even if it is not used. With no writing system this will not happen, and the language will disappear - as though it never existed in the first place.

There are many things that threaten a language and make it endangered, but the biggest challenge facing endangered languages today is globalisation. The domination of countries, such as the USA, leads to other languages adopting English words until they become indistinguishable.

Indeed, this trend can even be spotted in languages that are certainly nowhere near being endangered languages - French for example. Historically, English has adopted many French words - cul-de-sac being just one which springs to mind - but now French, which is fiercely guarded by patriots - is doing the same. Words such as le email and le hamburger spring up all over the place.

If this is happening with such a firm and deep-rooted language as French, imagine what globalisation can do for the more endangered languages teetering on the edge.

It is not all bad news for languages though. People in all corners of the world are starting to reclaim their mother tongue.

Wales is a particularly good example - where more and more people are learning, and moreover, speaking Welsh on a day-to-day basis. People are reclaiming their language and their heritage.

Other endangered languages have seen an upturn in fortunes too. Hebrew is a good example. For centuries seen as a holy language, it was spoken only by devout Jews. But thanks to a sustained campaign, over this century, its fortunes have improved and it is now the national language of Israel. Although this does have a downside as its rise has been at the expense of Yiddish.

Languages will always come and go, it is a fact of life and there is precious little we can do about it. But what is less natural is the fact that endangered languages can, and are, being forced out. Historically, this can be because a tribe is dying out, or, more sinisterly, because of oppression of the people who speak the language.

Nowadays, the global village is as much to blame. But language is a part of an identity; so as many should be preserved as possible in order to fill the tapestry of human life with as much and as varied experience as possible.