Home > About Language > Evolution Of Languages 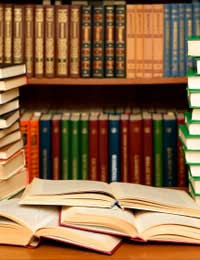 Languages have always changed and evolved and always will do. The evolution of languages is not something that can be stopped, nor something which can really be controlled. It is an organic process, often happening very slowly as languages, and the people who use them, change.

It is easy to see the evolution of languages from a simple look at the lists of new words added to the Oxford English Dictionary every year. There are always words, which a few years before, would not have been understood by anyone. Imagine this over many thousands of years and you begin to see the pattern in which languages evolve.

We can see it in our own language of English. If we look back to Old English, and the likes of Beowulf, the language is almost impossible to understand without some kind of translation aid.

Then we have Chaucer and Middle English, which is still tricky to comprehend, but possible, with a certain amount of knowledge. Shakespeare’s English is pretty much understood by all who have studied English literature to a certain degree, but also would not be understood by children, even if they can read fairly complex English in today’s language.

So, we can make sense of all forms of the language, but the further we go back, the more aids we need to help us do this. Both the vocabulary and the syntax of the text changes as time marches on.

There are many reasons why the evolution of languages occurs, and this variety of reasons gives us the variety of words and sounds, which we end up with today.

Evolution Due To Invasion

When a society is invaded, the language will change. Whether it is a forced invasion, or whether the invaders have been welcomed, the native speakers of a language will still borrow words from the newcomers and weave them into their existing language.

The Roman and Norman invasions of Britain are good examples of this in action. Both sets of invaders came and went but left their mark on British society in many ways. One of these ways was the language. Around sixty per cent of English words come from Latin – it is this invasion evolution that tells us why and how.

Evolution Due To Society Change

New words are always needed for new inventions. Email and Internet are prime examples – 50 years ago, these words just did not exist. Often, these new words are made up of compounds of other words.

Young people also create new words for each generation, or at least use words to convey a different meaning. Some of these drop out of usage, some do not. One of the most obvious examples of this is cool, a word which once simply described a temperature and now also means something good, something hip, something trendy.

Evolution Due To Ease of Use

The evolution of languages also happens for another primary reason – ease of use. It is no coincidence that commonly used words and the shortest and the least complex. We want to communicate what we need to say in the easiest way possible, leaving longer words to describe more complex ideas.

So, when a word becomes commonly used, it may be shortened or changed to make it easier to say. The more the language evolves, the less complicated it becomes at that point of time.

Again, we can look at youth culture for an example and see the way today’s youngsters use text speak, because it is easier and quicker to communicate with.

In 500 years time, someone reading this may find it hopelessly out of date in terms of the words I have chosen and the structures I have employed. What’s more, the average person on the street may not be able to understand it without the help of academics who specialise in 21st century English.

Without the benefit of hindsight we will never know how much the language will change. What we can guess at though, is that in some way, it will evolve.