Home > History Of French > Influence Of French On Other Languages

Influence Of French On Other Languages 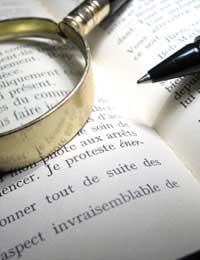 French has long had an influence on other world languages. There are plenty of similarities between it and other central European languages as they all descend from Latin and are known as Romance languages. But apart from Spanish, Italian and Portuguese, the marks of French language are there to see on other tongues of the world as well. An official language in over 40 countries, it is perhaps not surprising that French makes its presence felt across the world. The influence of French on other languages can be seen in many ways.

English and French naturally have a relationship, because of the proximity of the UK and France. The languages have influenced one another to a similar degree, although the English influence on French has come later – perhaps because French is so fiercely guarded by the Academie Francais. But there are certainly plenty of examples to behold – many coming from American culture, such as le hamburger.

English is littered with words that have come from French through the ages. There are plenty of common expressions used in English today, such as cul-de-sac, which originally came from France, but many words, which we think of as wholly English also came from France.

This started with the Norman invasion in 1066 and William the Conqueror’s subsequent rule of the England. French words spoken by the invaders found their way into Anglo usage and have remained that way since. These words include terms used to refer to people and institutions at the top of the country’s hierarchy, such as religion and government – because French became the official languages of these organisations - and the link can still be seen today. Since then, French words have still been introduced, although at a lesser rate, and for any student of the two languages, it is clear to see the links between the countries’ languages.

As French is the main language in Quebec in Canada, it is not surprising that the French language has also had an influence on North American English. In cities in the USA, French is also widely spoken – although less so than Spanish. But in both of these countries there is enough of a French speaking presence for the language to be coloured with French phrases and French influenced words. Phrases such as 'secretary general' are ordered in the French way and are clear examples of French influence.

There is also a considerable – if surprising to the uninitiated – influence of French on Asian languages. There are considerable French speaking communities in countries such as Vietnam and this means that French words are finding their way into the Asian tongues as well. As Asia becomes more westernised, younger people are quicker to embrace such quirks. For now, it is the odd word, and the languages are too far apart for them to wholly merge – but the influence can clearly be seen.

There is far less influence of other languages on French, because the language has always been closely guarded. The Academie Francais, mentioned above, has no equal body in the world. Its sole purpose is to protect the honour and integrity of the language. This body rails against the Americanisation of French culture, and consequently, the language, and attempts to keep the language as pure as possible. But with the world becoming smaller, it remains to be seen quite how long the body will be successful for.